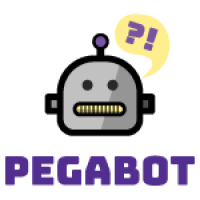 Bots, short for robots, are computer programs designed to perform specific tasks. The first robots did not have malicious intentions, and even today there are good bots, whose purpose is to demand accountability from politicians, viralize causes for gender equality or help organize the (many) daily tasks of their users. Good right?

But in the late 1990s, bots began to develop a negative reputation. Some bots have been used to send SPAMs by e-mail, steal users' personal data, credit card fraud and disinformation attacks to manipulate the public sphere. These bots aim to spread lies to influence narratives, a phenomenon that has been gaining global scale since 2014. These bots are out there and almost nobody knows how they work, who develops them and who they are financed by. To help combat this problem, we launched PegaBot, a tool that brings more transparency to the use of bots in Brazil.

On this platform, the user can check the activity of a social network account to know the probability of the profile being that of a bot. The higher the grade, the greater the chance of being a bot. For now, the platform is integrated with Twitter, but soon we will support other social media.

The PegaBot is a project of the Institute for Technology and Society of Rio de Janeiro (Rio ITS) and the Institute Equity & Technology. The platform was launched in March 2018 and is in the testing phase.