Introduction to the Guide

The online world plays an increasingly dominant role in shaping the public conversation and driving political events. Concurrently, disinformation, hate speech, and online extremism have seemingly saturated content on social media platforms, their harms compounded by ever more powerful network effects and computational systems. The negative consequences for society present a global challenge impacting every country and nearly all areas of public discourse. Disinformation bolsters authoritarians, weakens democratic voices and participation, targets women and marginalized groups, exploits and exacerbates existing social cleavages, and silences opposition. Across the networked public sphere1 civil society, governments, and the private sector are grappling with these new online threats and working through their own networks and with each other as part of a whole-of-society effort to improve the integrity of our information environment.

While disinformation has long been a challenge to democracy, the digital age necessitates a renewed commitment and fresh urgency to match the scale, speed, and pervasiveness of online information threats. Meaningful access to a healthy information environment is integral to the functioning of free, rights-respecting societies; as such, countering disinformation and promoting information integrity are necessary priorities for ensuring democracy can thrive globally in the next century and beyond.

HOW THE WORK WAS CONDUCTED

This guide is an ambitious effort to take a global look at measures to combat disinformation and promote information integrity––a collaborative examination of what is being done, what is working, and who is doing it. This resource has been developed by the International Foundation for Electoral Systems, the International Republican Institute, and the National Democratic Institute with support from USAID to the Consortium for Elections and Political Process Strengthening, and is intended to serve as a guide for practitioners, civil society, and government stakeholders working to advance information integrity and strengthen societal resilience. The research has been conducted over two years, led by experts from all three organizations. The team conducted research in three countries and the database includes more than 275 entries across over 80 countries in all regions outside of Antarctica, which will be updated and expanded over time. More than a dozen external experts have served as peer reviewers and editors. Due to COVID-19, some research efforts were curtailed. Due to the scope and scale of the challenge, the research is thorough, but not exhaustive. While drafting, actions by social media platforms, governments, civil society actors, and activists continued to evolve. As a result, we intend that this guide should be a living platform with substantive chapters updated annually and the Global Database updated more regularly.

WHAT’S IN THE GUIDE

Over two years, CEPPS conducted in-country research in Colombia, Indonesia, and Ukraine. Key actors were interviewed based on their experience developing interventions, their role in the political system as well as their perspective on the information landscape and other related issues. These countries were chosen based on the relevant interventions and programs they have developed, demographic and geographic diversity, risk of foreign intervention, as well as critical recent elections and other political events. Ukraine is on the front lines of information space issues, as a civil war triggered by the Russian invasion of Crimea has created a contested information space, often influenced by the Kremlin. A massive, important Asian democracy, Indonesia has had recent elections in which social media played a critical role, spurring innovative responses from election management bodies and civil society to mitigate the impacts of disinformation and promote a healthy information environment. Colombia represents the final example, a country with both recent elections and a major peace agreement between the government and rebel groups ending a decades-long war. The pact's negotiation, a failed referendum, and finally ratification by the legislature have followed in successive years and provides an important case study of how a peace process and reconciliation are reflected and negotiated online alongside elections and other political events.

Examples and quotes from all three cases are integrated throughout the guidebook to illustrate lessons learned and the evolution of counter-disinformation programming and other interventions. Where possible, links are provided to entries in the Global Database of Informational Interventions. The database is the most robust effort in the democracy community to catalogue funders, types of programs, organizations and descriptions of the project. In addition, topics include quotes from interviews of stakeholders, reviews and analyses of programs, and reports on monitoring and evaluation. Media reports and academic literature focused on impact and effectiveness have also been included. Finally, this guide is intended to be a living document, and the database and the topics will be periodically revised and improved to reflect the ongoing evolution of the online and real world environment.

The topics are divided into three broad categories, examining the roles of specific stakeholder groups, legal, normative and research responses, as well as a crosscutting issues for addressing disinformation targeting women and marginalized groups, and elections. The topics include:

The Database of Informational Interventions provides a comprehensive set of interventions that practitioners, donors, and analysts can use globally in understanding and countering disinformation.

In conducting this analysis and looking at these critical aspects of the problems, the research team has identified key takeaways that should drive disinformation efforts going forward. 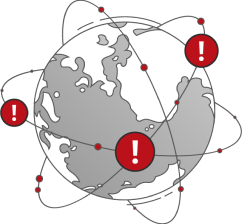 1
Disinformation exists in every information ecosystem in the world. No actor can address this alone. For this reason, a whole-of-society approach is needed that encourages actors from governments, civil society, and industry to work together to counter disinformation and strengthen societal response. 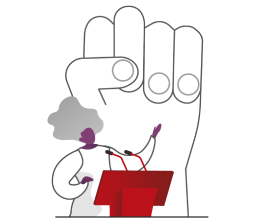 2
Countering disinformation is not THE top priority for most institutions, governments, political parties, or civil society groups. However, some of these actors proliferate both disinformation and misinformation. Until this sense of urgency drives a collective effort to address it, lasting change cannot be achieved. 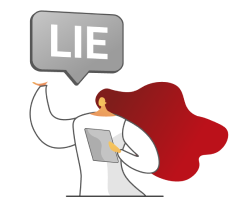 3
Efforts to combat disinformation in elections and to combat existing societal cleavages are distinct but overlapping challenges. Donors and implementers should not let a bias toward technologically innovative programming undercut continued investment in building the types of durable capacity that make democratic stakeholders more resilient when disinformation challenges arise. 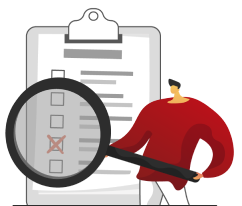 4
Public and private institutions such as Election Management Bodies and platforms are often well equipped to address disinformation challenges but lack credibility. By contrast, civil society is a credible actor, nimble, and essential but chronically under resourced. 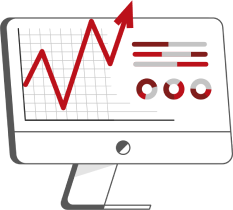 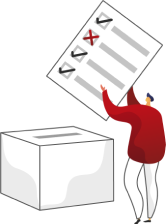 6
Focusing on major events, such as the outcomes of elections and referendums, are effective in creating safe political processes. This contributes to, but does not achieve, a healthy information ecosystem. 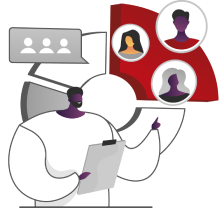 7
Understanding the impact of gendered disinformation and the role gender plays in information integrity is critical. As such, interventions must include gender component and be localized for greater context from program design to implementation in order to increase effectiveness and minimize potential harm. 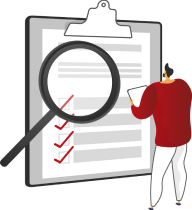 8
Disinformation efforts that rely on content moderation structures alone are not sufficient. Development of norms and standards, legal and regulatory frameworks and better content moderation of social media platforms must be addressed in order to create a healthy information ecosystem. This is especially important to strengthening complex information environments in the Global South. 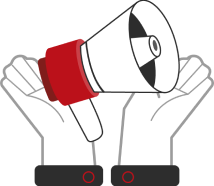 9
Parties play a critical role in both political systems and the creation and dissemination of online campaigns that often propagate disinformation and other harmful forms of content. It is important that frameworks be put in place that discourage political parties from engaging in disinformation.

Significant work has been done in recent years to conceptually understand and diagnose information disorder. To conceptually ground our analysis, this guide builds its definitions and understanding of the problems and as well as solutions primarily on the work of Data and Society, First Draft and the Oxford Internet Institute's Computational Propaganda Project. These three foundational resources are well-regarded in the broader community analyzing disinformation, as well as for the ways in which their conceptual frames lend themselves to adaptation for practical application. 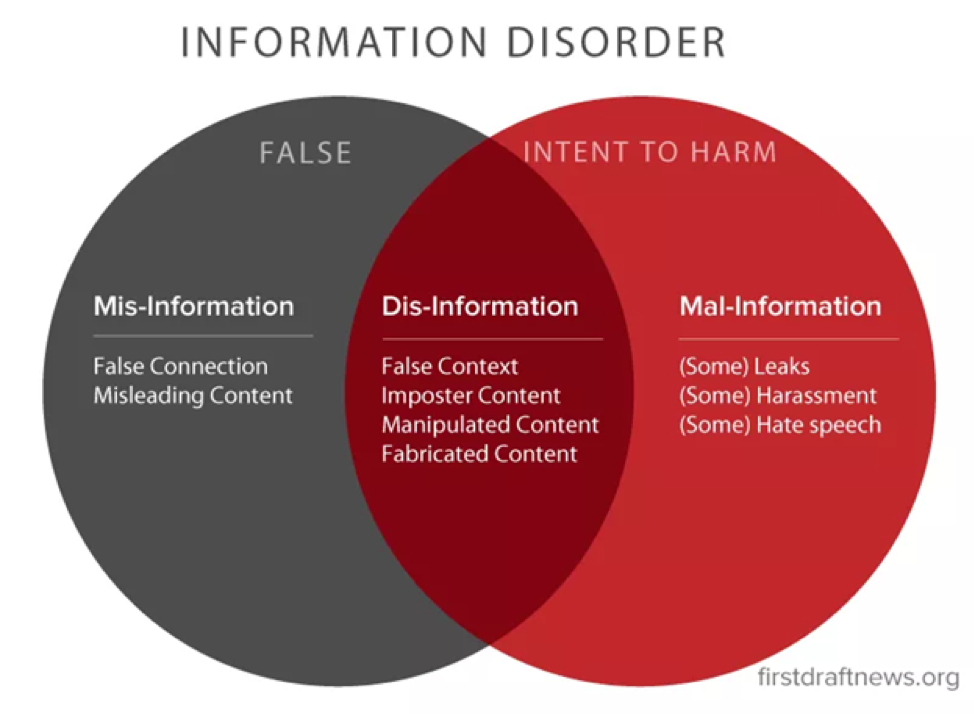 The Information Disorder framework also focuses on elements of the information ecosystem including the information agent (or producer), the message and the interpreter. Messages pass through several phases, namely creation, production, and distribution. These aspects allow for us to interpret different kinds of efforts, whether they focus on one element of these three components, some or even all of them. Legal and Regulatory frameworks and norms and standards can target all of these aspects, and different actors such as platforms, civil society organizations, and governments can design responses that address them in different ways. For instance, media literacy efforts target the interpreters, while content moderation focuses on the messages and agents. 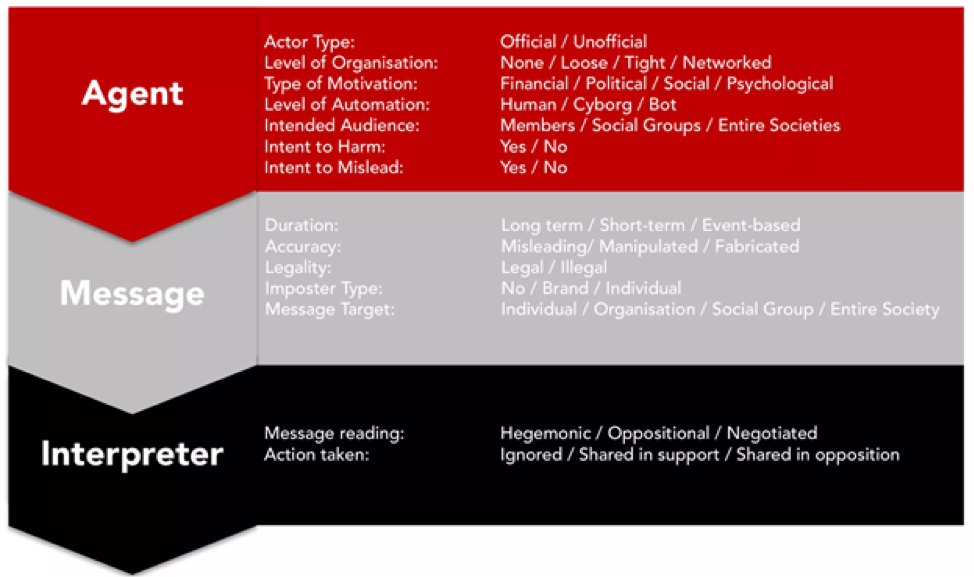 The Oxford Internet Institute (OII) developed the term “computational propaganda” and defines this practice as "the assemblage of social media platforms, autonomous agents, and big data tasked with the manipulation of public opinion."2  This framework allows us to expand our understanding of threats in the online space beyond disinformation to other forms of manipulation online, whether automated or human. It also helps to frame the problem as one including technical, sociological, and political responses.  To help understand the virality of disinformation, OII’s work demonstrates how communications, behavioral, and psychological studies––as well as computer, data and information science––all play a role.

Data & Society's Oxygen of Amplification demonstrates how the traditional media play a role in amplifying false narratives, and how it can be manipulated to promote disinformation and misinformation in different ways.  Another research group that brings together diverse aspects of media and data analysis as well as social science research also helps define terms and standards. Our glossary relies on Data & Society's report on the Lexicon of Lies3, as well as the First Draft’s Essential Glossary from its study Information Disorder, and other sources that are cultivated through our global database of approaches and other literature, including guidance by USAID4 and other organizations including CEPPS. Technical, media, and communications concepts will be included in the sections and these key terms help describe the problem in a shared way.