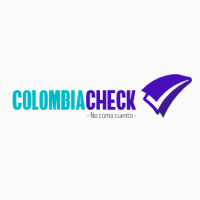 Colombiacheck is a project of the Editorial Board , a non-profit, non-partisan organization that brings together more than 100 associated journalists in Colombia to promote investigative journalism. The project consists of a digital, open and collaborative platform in which articles based on the fact-checking technique are published, which comes from a long tradition of Anglo-Saxon journalism and is known as fact-checking.

In its first stage (2016-2018), Colombiacheck reviewed with special emphasis the negotiations that the Government and the FARC guerrillas were carrying out in Havana, Cuba. In addition, the impact of the agreements reached there and their execution on Colombian society and its regions. A second stage (2018) was focused on verifying the political discourse during that year's electoral contest for the Presidency and the Congress of the Republic.

These initial approaches are not an obstacle for this portal to apply its contrasting method to statements on other issues that are cross-cutting in Colombia. The fundamental idea of ​​applying this journalistic technique is not only the denial of what public figures say, but the check also allows shedding light and giving greater breadth to information on certain aspects relevant to society, without necessarily dealing with disprove a statement.

Colombia check is a signatory of the Global Network of Fact-checkers , IFCN, which certifies them as checkers who comply with the principles of said international community.