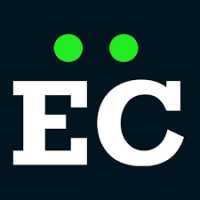 We are an independent Venezuelan media, which uses all its platforms for the free exercise of journalism and access to information. We address and develop the issues that interest and concern people. We give the voice to the protagonists, to the people.

Efecto Cocuyo was born on January 6, 2015, although its gestation as a project began in August 2013, during a context of censorship and media buying in Venezuela by the government. Initially it appears on twitter and later as a website. Today it is an innovative digital communication platform, whose central axis is to inform and train its audiences.

Its name comes from the bioluminescent effect of fireflies, insects that generate light to protect themselves from predators and also to attract their mates. In the Caribbean towns, the indigenous people used the fireflies as natural lamps to guide the way in the dark.

Since the medium was founded, we believe that, despite the darkness, it is also a moment of light in Venezuela. “We propose to do a responsible, free and independent journalism. Our platform is the product of millions of sparks that together can illuminate an entire nation. "

Efecto Cocuyo was founded by Luz Mely Reyes, Laura Weffer and Josefina Ruggiero, by the hand of three young journalists: Ibis León, Jorge Agobian and María Laura Chang, who toured the streets and buses of Caracas to launch their first fundraising campaign, with which sought to convince the public to support independent journalism, and they succeeded. In the streets of Petare they were received by citizens who collaborated with the cause and in virtual media they undertook the most successful crowdfunding campaign in Venezuela, achieving the collection of 27 thousand dollars, thanks to the donations of many fireflies around the world.