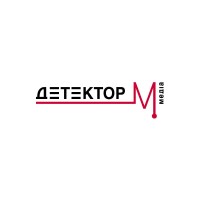 Media Detector is a non-governmental organization established by Ukrainian journalists in January 2004. From 2004 to April 2016, the NGO was called Telekritika, as was the site of the same name, which had existed since September 2001. The leader of the team is Natalia Ligachova, who headed the site and the NGO. It is an online news organization that complies stories on misinformation to raise national media literacy in preventing susceptibility to info disorder. They have multiple projects ranging from media literacy to online fact-checking to journalist training. The Media Detector portal is a multifunctional platform unique to Eastern and Central Europe, combining media content creation, diverse media, market and product research, moderation of professional discussion in the journalism department, advocacy of legislative and social changes related to the media, and media education. aimed at a wide audience. The three main components of our mission are to improve the quality of Ukrainian media, increase the media literacy of Ukrainian society, and counter misinformation and propaganda. We create Ukrainian media criticism. For more than a decade and a half, the group of publications of the NGO Detector Media has been the most popular and influential source of exclusive journalism and analytics about Ukrainian media, and the founder and editor-in-chief of DM Natalia Ligachova is the number one authority in Ukrainian media criticism. Our goal is to improve the quality of content and the professional level of the people who make it. We record the history of the Ukrainian media. The Media Detector group covers the most active and detailed coverage of everything important related to the media in Ukraine, and the most important things that are happening in the media world outside our country. Every event, every change, every important trend in the life of the Ukrainian media since 2001 is in the archives of the Media Detector. We control the quality of content. The DM Monitoring and Analytics Center conducts a number of ongoing and periodic monitoring studies, which allow to assess the quality, track trends and expose manipulations in television news, talk shows, journalistic investigations, etc. We expose Russian propaganda. The Media Detector has developed the Kremlin's Information Influence Index, which allows us to assess the level of influence of Russian propaganda on the Ukrainian media. We constantly monitor messages of Kremlin propaganda in the Russian and Ukrainian media. In 2018, DM experts prepared a concept for monitoring propaganda, which will be used by our partners from Belarus. And also published a brochure "How to recognize propaganda in the media" by the famous Ukrainian media expert and regular author of "DM" Igor Kulyas. We debunk fakes of Ukrainian and foreign mass media. Every day in the publications of the DM there is an analysis of journalistic mistakes and deliberate manipulations.
(Copied from website)