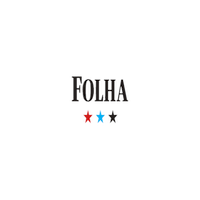 The Magnifier is the first news agency in Brazil to specialize in journalistic technique known worldwide as fact-checking and was founded on November 1, 2015. Its business plan began to be assembled in February of that year and, since November, when it opened its newsroom in Rio de Janeiro, Lupa follows the news of politics, economy, city, culture, education, health and international relations, seeking to correct inaccurate information and disseminate correct data. The result of this work - that is, the checks themselves - is sold to other media outlets and also published on the agency's website.
Since its creation, Lupa has produced checks in text, audio and video format. Published checks in newspapers, magazines, radio, websites, television channels and social networks. Both in Brazil and abroad.
The Loupe integrates the International Fact-Checking Network (IFCN) , worldwide network of meeting checkers around the Poynter Institute in the United States, and strictly follows the code of conduct and ethical principles of the group. For this reason, she has already been invited to represent Brazil in events of global reach such as marathons checking the G-20 Summit and debates of the 2016 American presidential election. In November 2018, she won the elPeriódico journalism award for the coverage of the Brazilian elections that year.
As a “verified member” of IFCN, Lupa undergoes independent audits every year and maintains on its website - in each and every one of its posts - the green seal that identifies the verification platforms approved by international auditors. One of the IFCN principles most dear to Lupa is non-partisanship. At the agency, all employees are committed to following you, signing a term of commitment.
Lupa's mission is to stimulate public debate. For this, the agency uses accurate data and information - that is, based on official sources that can be checked. The magnifier does not use anonymous sources in their work and provides the reader to consult all the databases used in the checks it publishes.