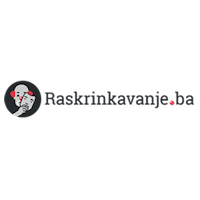 The Raskrinkavanje.ba platform was launched by the team of the "Why Not" organization, which has many years of experience in fact-checking, through work on checking the accuracy and consistency of statements of public officials, and monitoring the fulfillment of election promises on the Istinomjer platform.

In their work so far, they have noticed that there is a huge need for a similar approach in the field of media responsibility. Very often they have encountered problematic claims that do not come from politicians, but from the media themselves that broadcast their statements. As Istinomjer is committed to strengthening the political responsibility of public officials and does not deal with the verification of media information, such claims have so far remained unappreciated. Launching a separate platform for fact checking media was, therefore, the next logical step.

Disclosure is based on objective, independent and thorough verification of media information.

Disclosure follows media announcements, and based on its methodology, checks and evaluates those whose credibility seems questionable. The ratings we use are not of equal "weight" - there are some that do not necessarily indicate the intention to spread misinformation (such as "satire" or "error"), but we consider them important for a complete mapping of the quality of media content. The worst assessment that a certain text or article can get is "false news" and we give it when it is established beyond any reasonable doubt that a certain medium deliberately fabricated a certain story or claim and presented it as true, knowingly misinforming the public. In such cases, we try to identify all the media that have taken over such news, to which we give the assessment "transmission of false news."
(Copied from website)